Here’s a mix starting off with Dub and moving up into Dubstep, this one was recorded as a guest mix for the Mais Baixo crew on Lisbon’s Rádio Oxigénio 102.6 fm a few years back!

As usual the full tracklist for the mix is on the youtube video description.

Big up to Jossy Mitsu for playing my remix of Timma T – Darnce Dun on @rinsefm! Birmingham in the building, this is out now on the latest One More Riddim release. Check out the full release here: https://onemoreriddim.bandcamp.com/al…

Originally recorded as a guest mix for Reznik‘s radio show on Sub.fm, it’s now available to watch on my youtube channel.

Deep Dubstep selection starting off with a chilled vibe and it ramps up into some militant bass weight. Check out the full tracklist listed on the youtube video description.

I was invited to record a promo mix for Deep Tempo – ENiGMA Dubz Album launch, here it is:

Deep Tempo · DTP002 Promo Mix: Goosensei
This is packed full of new music including a couple from my forthcoming release on basscomesaveme – I was visualising playing on the massive Firmly Roots Soundsystem in anticipation for the event when I recorded this. Once again sending love to all the producers and labels for the incredible music! (Full tracklist on the mix’s soundcloud page) 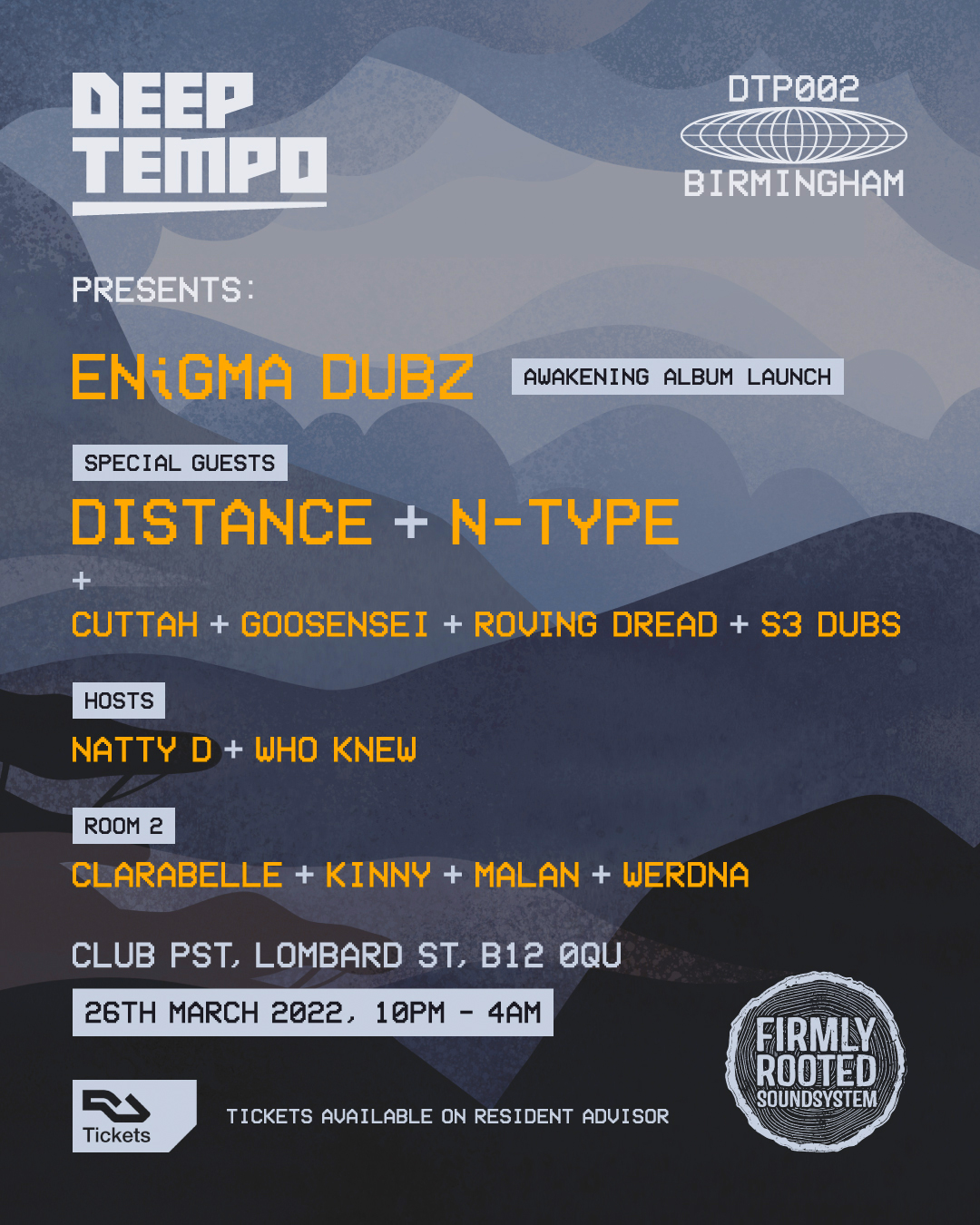 It’s an honour to be part of this one… Birmingham Dubstep OG, ENiGMA Dubz is releasing his album and this is the launch party in our hometown!

I’m hyped to play on the heavyweight Firmly Rooted Soundsystem in Room 1 alongside Natty D, with Dubstep legends N-Type & Distance!

Big up Deep Tempo for the invite, this event is going to be one for the history books!